HP has announced a new Spectre model which is 10.4mm thin, and yet features a 13.3-inch display, thus setting a new benchmark for thinnest notebooks.

How thin can a laptop get? According to HP that figure is 10.4mm. Yes, that may sound insane but HP has actually built a laptop that is just 10.4mm thick.

HP has announced a new Spectre model which is 10.4mm thin, and yet features a 13.3-inch display, thus setting a new benchmark for thinnest 13-inch notebooks out there. For years, Apple’s Macbook Air was called benchmark for thin laptops and with Spectre, HP wants everyone to think otherwise. 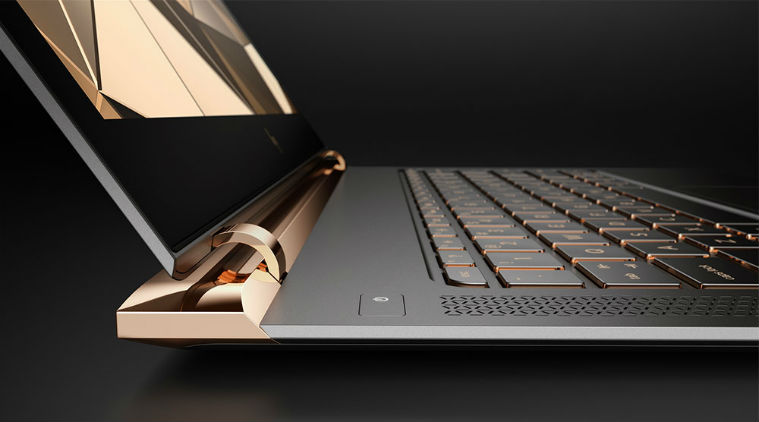 For those curious about numbers, Apple’s Macbook Air measures 17.2mm at its thickest point while the 12-inch Macbook comes in at 13.2mm.

As we know very well, slim laptops do come with their trade-off, HP has somehow managed silence those critics too. Despite of that really thin 10.4 mm body, HP Spectre can be configured with Intel’s Core i5 and i7 processor, unlike fanless Core M processors used on other thin and light notebooks.

HP Spectre 13 (or simply called Spectre) is a laptop and doesn’t get gimmicky with detachable hinge or flip out tablet display.

HP Spectre features a 13.3-inch Full HD display and the base model comes with 8GB RAM and 256GB storage. According to TheVerge.com, HP managed to create a new heat pipe that pushes heat away from the processor and added two more fans at the back to vent out the heat.
It sounds creative but it would be difficult to say if it works without using one in person. HP Spectre largely uses aluminium for its build but the bottom features carbon-fibre, which could be accredited for lighter weight. Another interesting design addition is the use of piston hinge which is at the edge of the laptop and folds flat to look like an hinge less design.