“Theri” has a good subject and it is loaded with emotions. The story is also backed by punch dialogues and brilliant action sequences. But the screenplay is not tight and the film becomes predictable at parts.

Vijay is a treat to watch in “Theri” in multiple avatars. Be it in action sequences or emotional scenes, the actor impresses the viewers with his acting. Samantha’s chemistry with him works big time. Baby Nainika is equally good. Amy Jackson has done a different role altogether in the film and it is a welcome change to see her sans glamour. Mahendran is brilliant in the role of a villain, Naan Kadavul Rajendran and Raadhika Sarathkumar are good in their limited portions.

The cinematography is top notch and the background score remains one of the highlights of the film. On a whole “Theri” is a complete family entertainer and has mass elements to thrill the fans of Vijay. The movie can be enjoyed for some fine performances of the key characters and a decent old-wine-in-a-new-bottle kind of story. 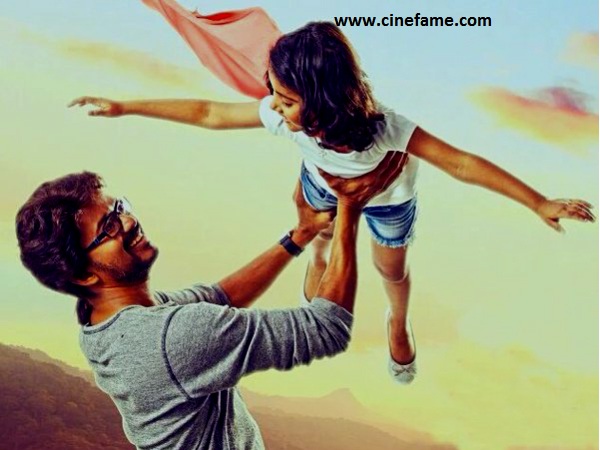 Finally the day that Vijay fans were eagerly awaiting has arrived. Yes, we see the arrival of one of the most anticipated Tamil films of 2016, Theri. After an experimental Puli, Vijay gets back to his commercial route. The plot of the movie revolves around an ex-cop who is being revenged by an evil politician and the battle between the two. In simple words, Theri is a story about a good father versus a bad father.

Vijay is the real Theri of the film; he brings in that spark to the floor. He sports three different makeovers and if his third get up had not been revealed in the trailer, there could have been a surprise element for the audience. Be it as a loving father or as an honest fearless cop or as a caring husband, Vijay shines in every frame. The Theri man has given his best. Overall a performance that will satisfy all center audiences and it is the most convincing cop avatar Vijay has portrayed.

20 minutes into the movie, there is Baasha kind of a moment for Vijay, his fans waiting for the real ‘Vijay kumar’ to erupt. You sense the restlessness, and when it does happen, it is the perfect first day first show fan moment. Special mention for editor Ruben for his fast cut edit pattern in the opening stunt. Jithu Jilladi is also one such addition for the fans to have a blast, creatively canned.

One thing that goes against the film is the predictability factor. When there is a suspense moment, you would want the audience not to guess it right. But in Theri’s case, viewers are able to connect the dots and predict what is going to happen next. Perhaps could be a case of trailer revealing more than needed.

Atlee must be lauded for handling the emotional scenes very well, but few such scenes look a little force fitted and dramatic taking the pace away. Two duets also slow down the proceedings.

You would find a momentarily mass scene whenever you feel the screenplay is tilting towards the slower side, which would keep the crowd buzzing now and then. One of the best high points of the film would be the interval block. There are quite a few fight scenes in the film for fans and all are crisply choreographed.

The biggest find of Theri is obviously the legendary director Mahendran’s acting skills. His mannerism, style and dialogue delivery are all top class. A couple of battle scenes between Mahendran and Vijay will be talked about. Motta Rajendran travels throughout the film but does not have too many chances to score, but whenever he gets a chance, he makes the best use of it.

Theri could be one of Samantha’s best roles; she plays a doctor and has given out a soulful performance. Amy’s makeover in Theri as a teacher based out of Kerala, is quite convincing. Nainika is a doll and her expressions are just adorable. She scores the second highest claps and whistles in the hall, after Vijay.

Theri will also be known for its visual brilliance. Be it the action sequences or the songs,  you would find some top notch camera angles as well as lighting, thanks to cinematographer George C Williams.

GV Prakash’s background score definitely adds the mass as well as the emotional connect elegantly. One more credible work to his list.

On the whole, Theri is a little predictable emotional ride with some great performances, superlative technical work with a mix of commercial elements. 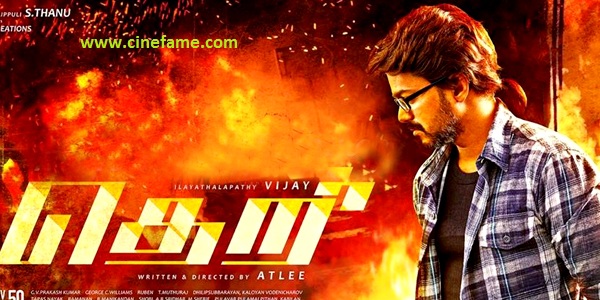