There’s a special kind of madness surrounding every film starring Tamil superstar Rajinikanth. For millions of fans, the release of a ‘Rajini’ film is such a momentous occasion, that it calls for a day off work.

Indian companies are prepping for the veteran actor’s next film Kabali with some unique perks. Some have declared a holiday on July 22, the day of its release, while others are organising special screenings for their employees by booking entire film theatres.

Amidst rumours that several employees were planning to go on a mass leave and switch off their phones to watch the film, some companies in southern India cities of Bengaluru and Chennai have announced a holiday on July 22. These include Bengaluru-based Opus Waterproofing and Chennai-based Fyndus India Pvt. Ltd.

“On account of the release of superstar Rajini’s movie Kabali we have decided to declare holiday on July 22, 2016 in efforts to avoid piled up leave requests to the HR department. We also take the privilege of going the extra mile to support anti-piracy by providing free tickets for the former to Fyndus employees”, Fyndus India’s notice read. 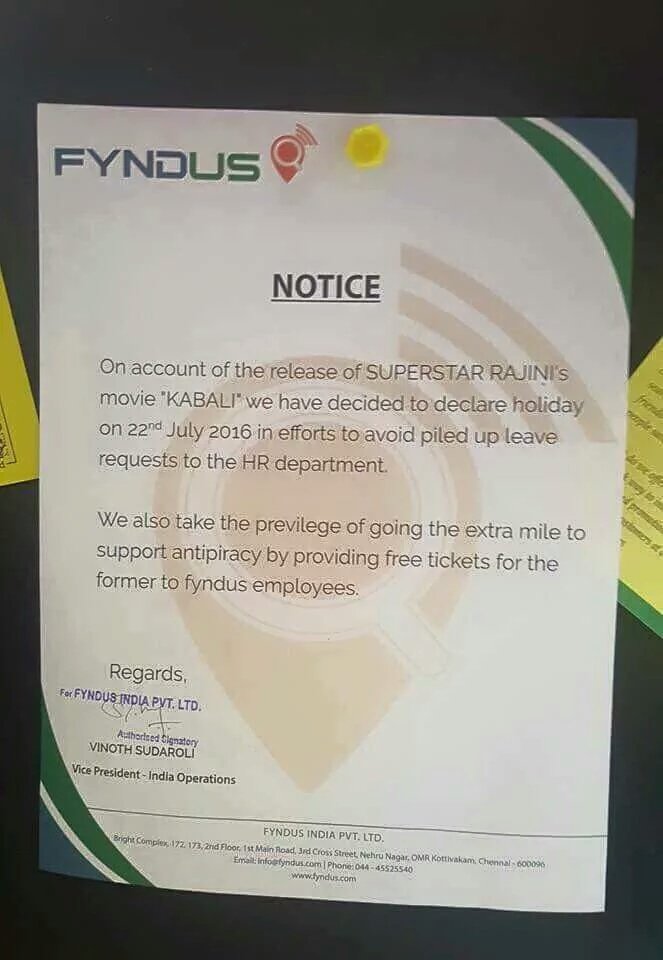 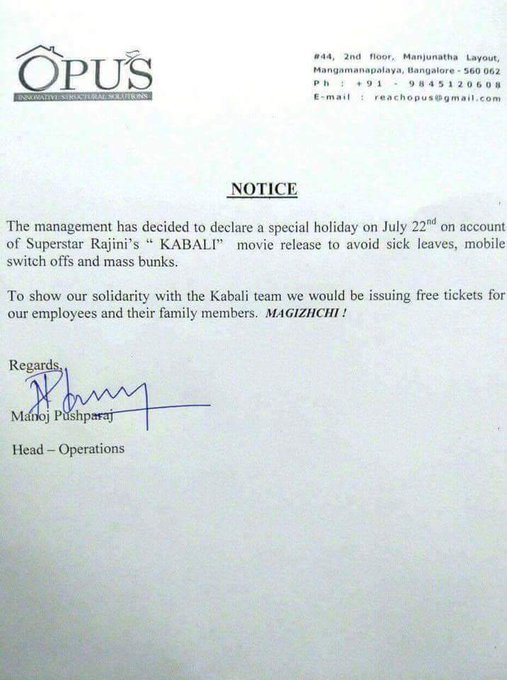 Digital media startup TheSocialPeople is even organising a Rajinikanth costume party on July 21 and giving its employees a holiday on July 22. Other companies are going a step further by taking their employees to watch the ‘first day, first show’. For instance, Chennai startup Freshdesk has a tradition of taking its entire staff to watch Rajinikanth’s films and plans to do the same for Kabali.

Fans in Rajinikanth’s home city Chennai have also started an online petition to request the state’s chief minister to declare an official holiday on July 22. “We humbly request our CM Jayalalithaa to declare Friday as a public holiday, which will enable people to watch the movie in comfort, without the hassle of taking leave,” the petition states.

With such fan frenzy, it isn’t surprising that there are already reports of the film’s tickets being sold out till Sunday.