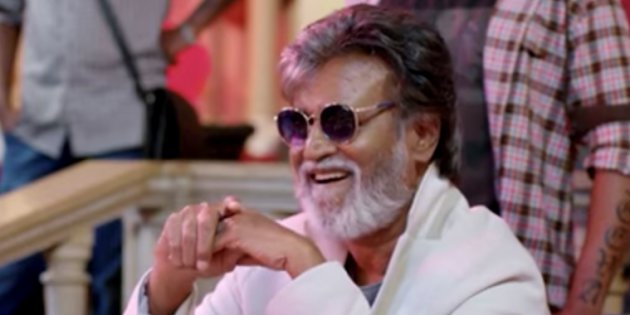 Rajinikanth’s ‘Kabali’ Has Made 100 Crore On Its Opening Day, Says Producer.

Rajinikanth’s “Kabali” has got a flying start at the box office worldwide. The Tamil movie has done an approximate collection of Rs. 21.5 crore, thereby breaking all the opening day business records of Kollywood films in Tamil Nadu.

NEW DELHI — Megastar Rajinikanth-starrer Kabali, which released amid much fan frenzy yesterday, has created history by becoming the biggest Indian opener of all time, according to producer ‘Kalaipuli’ S Thanu.

The film directed by Pa Ranjith, is a gangster drama and also stars Radhika Apte, Dhanshika and Kalaiyarasan in key roles.

Thanu says the official collection figure is awaited but the film has easily collected Rs 100 crore on its opening day. 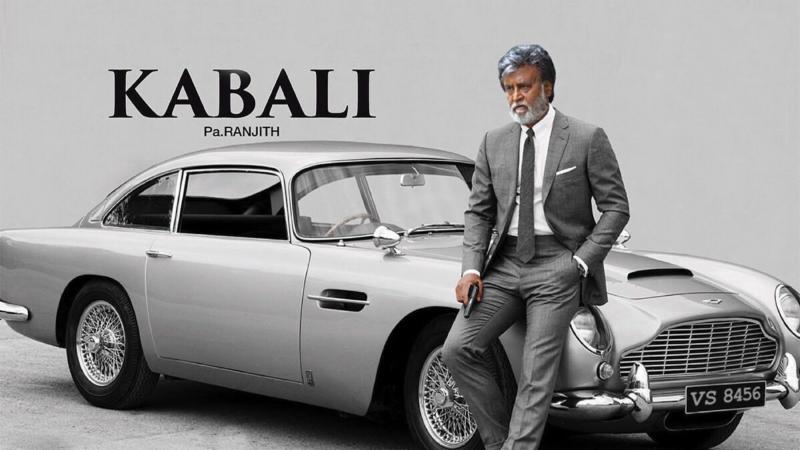 “It is god’s blessing that the film is doing so well. The collection is amazing not only in India but all over the world. Language does not seem to be a barrier as everyone is coming to see the film.”

“It has created history and an all time record all over the world. The collection figure is awaited but I am assuming it has easily made Rs 100 crore on the first day,” Thanu told PTI.

The producer said the film was released in approximately 8000-10000 screens all over the world, which includes 480 screens in the US, 490 in Malaysia and above 500 in Gulf countries.

“It is the best collection an Indian actor has ever had. It shows that there is only one superstar and that is Rajinikanth.”

Talking about tackling piracy, Thanu says, “It is a menace done by some anti-social elements. But the collection of the film is extraordinary.”

Thanu first met Rajinikanth in 1978 when he was the distributor of the actor’s movieBairavi. In 1984 when Thanu turned producer with Arjun starrer Yaar (1985), Rajinikanth appeared in a cameo in the film.

The producer says they have remained friends ever since and share an “amazing connection” with each other.

“I am collaborating with him again after 32 years. We share am amazing connection, it is extraordinary.”

When asked about Rajinikanth’s last two movies Kochadaiiyaan (2014) and Lingaa (2014) not having done well at the box office, Thanu says, Kochadaiiyaan only featured his voice. It was not really a film in which he starred. And the collection ofLingaa was good. There were all kinds of rumours but the film earned well. The film collected more than Rs 40 crores.” 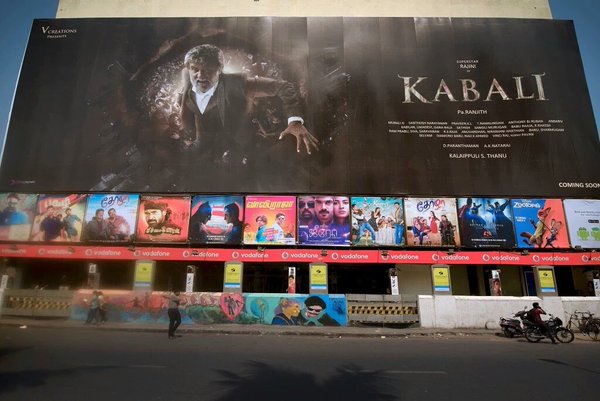 Rajinikanth’s star power has worked big time as “Kabali” as the multilingual movie has registered above 90 percent (on an average) occupancies in the key centres, thereby doing a record business worldwide on the opening day.

The movie was released in over 4500 screens worldwide in three versions (Tamil, Telugu and Hindi) on Friday, July 22. The advance booking for tickets in Tamil Nadu, Karnataka and some foreign countries was met with huge success, hinting that the film will witness an earth-shattering business at the box office on the first day.

US Premiere Collection: Rs. 12.93 crore
Big hits in France, Malaysia and a few other countries.

“Kabali” is made on a budget of Rs. 100 crore and the movie has earned about Rs. 225 crore from the sales of theatrical, audio, satellite rights and through various deals.

Meanwhile, “Kabali” has opened to mixed reviews. The next few days will be crucial for the film’s success at the box office. The distributor and exhibitors are hoping that the movie will have a better word-of-mouth and the family audience turnout will be good in the days to come.