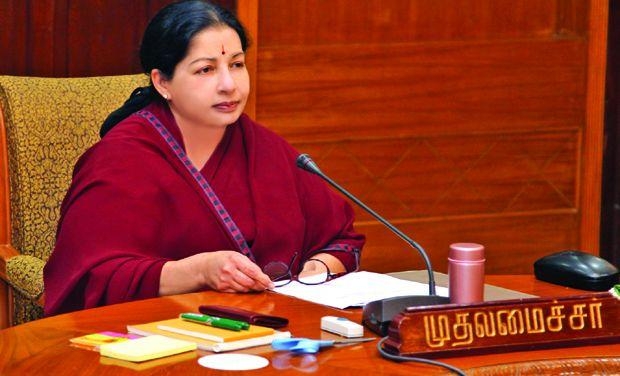 On September 22nd 2016, evening – She was admitted for sudden high fever and lungs problem in Apollo Hospital.
After two months of complete treatment she was fine this week and planned to discharge in a week.
But due to sudden cardiac arrest happened for her on 4th December’16 and she is in critical stage now…!!!
Till now, what happenned to her health condition??? 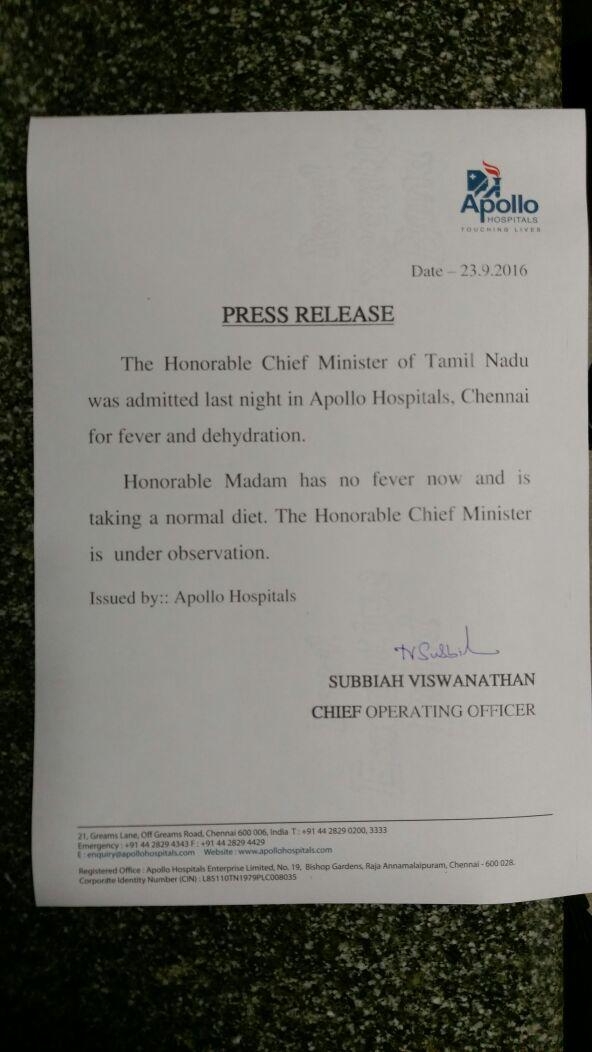 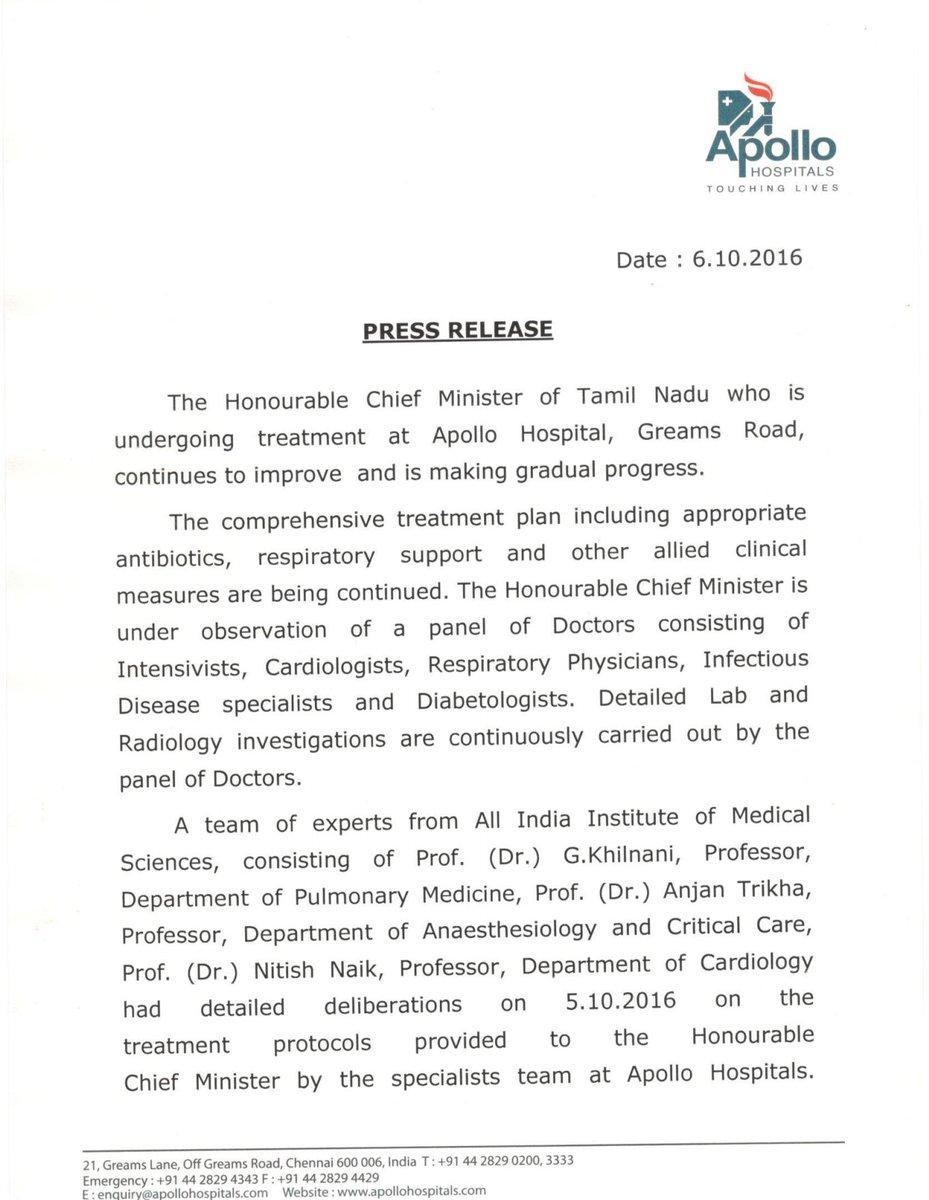 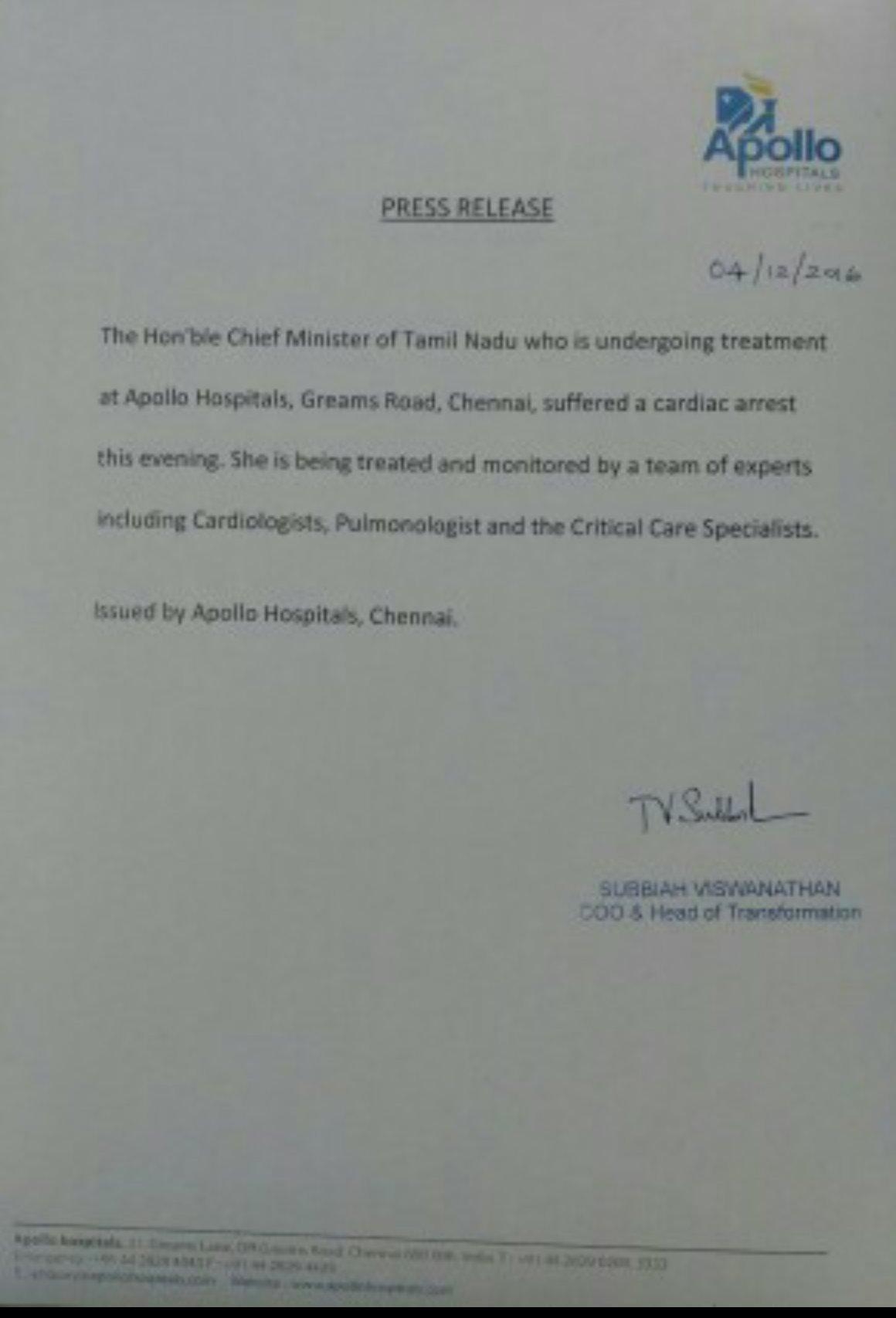 22nd September’16 – For fever and some health issues she admitted in Apollo hospital.

23rd September’16 – Apollo hospital declared she is fine in their first announcement.

24th September’16 – Apollo doctors says she will eat food normally, and requested public peoples not to spread rumours on going to Singapore for their treatment on September 25th’2016.

3rd October’16 – She was undergone Respiratory treatment to cure her

4th October’16 – She is getting alright and the treatment will continues for fue days says Apollo hospital team.

5th December’2016 – City police Office Head – Mr.George informed to assemble all the police officers to come on duty on 5th December2016 morning 7.00AM. 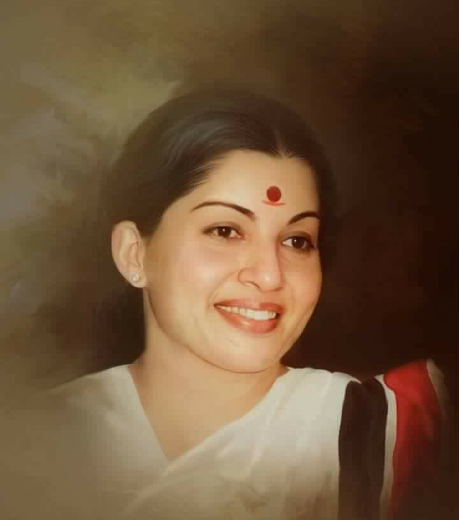 11.00 AM : AIADMK MLA and MP’s assembled in ADMK Head office with Sasikala.
12.45 AM: Declared as ” VERY CRITICAL” to public from Apollo hospital team.

Most of the Colleges, Schools and Corporate offices declared half day leave due to avoid unofficial problem’s.